Now that SXSW 2014 has wrapped up, you may be experiencing feelings of festival withdrawal. After six days of nonstop sets, sessions and shows this is to be expected. Here’s how to gracefully get through the transition period. 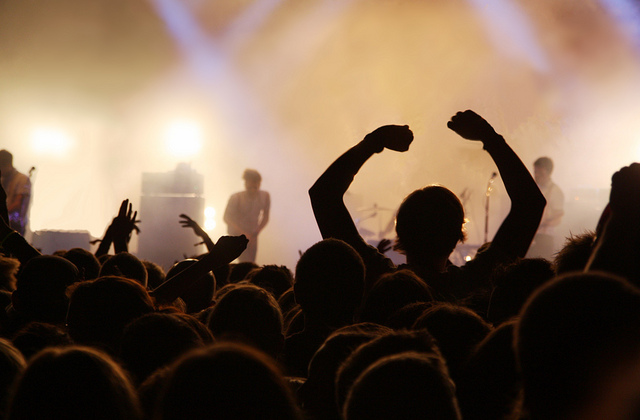 Instead of reminiscing on your own, share your SXSW experience with others. With the multitude of new media outlets available today, and just having learned the latest tricks at the SXSW Tradeshow, you’re in the perfect position to Tweet, post and blog all about your own personal SXSW experience. Share it with friends and the gang at SXSW headquarters.

Fortunately Austin is the “Live Music Capital of the World,” and the next round of music events is right around the corner.

March Lineup for ACL Live at the Moody Theater

There is an impressive lineup of musical talent taking the Moody Theater stage at the end of March. Acts include Robin Thicke (March 20), Leann Rimes (March 21), Pat Benatar and Neil Giraldo (March 25), and Trisha Yearwood (March 26).

Get your post SXSW and St. Patrick’s Day fix compliments of Celtic rock sensation Flogging Molly. The whole mob will be wailing away at the Stubb’s outdoor stage.

A Night in Mexico at the Long Center

The Austin Symphony Orchestra will partner with three composers to take listeners through an audio journey of the sounds that speak to the Mexican culture.

The English songstress is among many headliners to make their way to Austin Music Hall this March. The show is already sold out, so you’ll have to look for resale tickets if you want to catch Ellie in action.

Tool at the Cedar Park Center

The famed ’90s rock band is back in action and on tour to kick off the release of their new album. Spectators will get to enjoy old favorites as well as newly released singles that the general public hasn’t yet heard.

This festival, now in its ninth year, is based on Afro-centric music. For 2014 the festival is focused on music as an international language.

It’s a car show combined with live music and a whole lot of fun. People from around the world visit for the event to get a look at some of the most impressive hot rods in America.

Arcade Fire at the Circuit of the Americas

Arcade Fire is a favorite in Austin, having already graced the stage of ACL Live at the Moody Theater. This time they’ll play to a much bigger crowd at the Circuit of the Americas during their Reflektor Tour.

Soundtrack Series at the Long Center

Rather than simply playing a song, writers and performers will take to the stage to tell stories about songs that are connected to heart warming, embarrassing and hilarious moments in their lives.

If you’re hoping to enjoy Austin’s music scene long after SXSW and want to make a special night of it, give Royal Executive Transportation a call. We can help you select the perfect mode of transportation to make the ride there and back as memorable as the music.